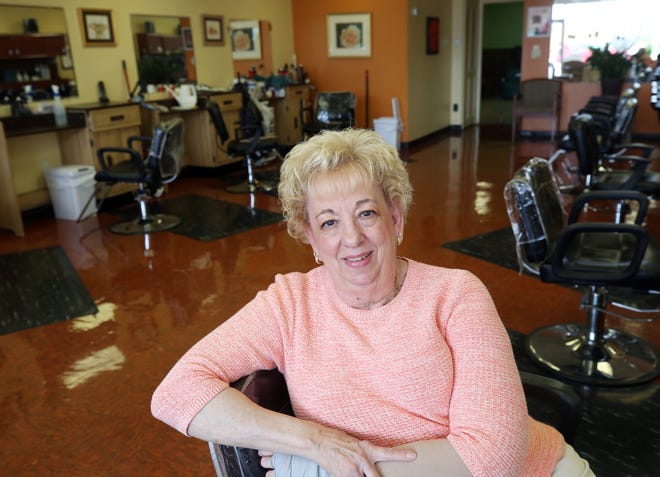 Local hairstylist Diana Riffle has seen many changes in hairstyles since the start of her career, when women were often seen shopping with their hair in curlers.

The owner of Headline Styling Salon, 2540 Dartmoor Road, Riffle will close the store on April 23.

She won’t stop styling hair, though. Riffle said she would continue to work, but at a booth rented from Divine Angles, 4035 Parkmead Drive.

Describing herself as a people person, she said she was not ready to retire because she likes being around people.

“It’s time to work for me,” she said, of running a business with employees.

Riffle started working at Headline Styling in 1972, the day after he graduated from high school. She bought the company in 1992.

In addition to Riffle, three people work at Headline, she said.

The boutique opened in March 1961 as Headline Beauty Salon under the ownership of Kathryn Poenisch.

A constant at Headline Styling has been its family atmosphere, said Leeanne Springer, who has been a customer since she was 8 years old when her mother, Norma Farrell, took her to the store.

“Obviously you like the way she does her hair,” she said of Riffle.

“It’s a very good friendly environment where people like to come in and talk to each other. Just a very communal thing, even.”

“And obviously Diana has watched me grow. It’s been a long time. It’s kind of hard to believe, to be honest,” she said.

Riffle said a number of her clients are older women who get their hair teased once a week. But for most younger clients, she says, the hairstyle requires less maintenance than in the past.

“Before, everyone had perms,” ​​she said. “They don’t do that anymore.”

In the past, many women slept with their hair in rollers, and hot rollers to curl hair were common, she said. Riffle still has several sets of heated rollers that she no longer uses.

“Big bouffant hairstyles and updos, we’ve been there. I’ve seen a lot of changes,” she said.

“Years ago they had a more stylish cut,” she added.

These styles took on a number of different forms, Riffle said. In the 1970s, shag haircuts were popular, she said. Another trend of the time was the Farrah Fawcett hairstyle, inspired by the television star.

It took a special approach to produce this hairstyle, she said.

The hair was held with a guide on top of the head and cut into sections, to produce a layered look before being curled. During their training at school, she said, some of her classmates took a quicker approach, tying the hair together on top of their heads with a rubber band and cutting the hair straight.

“And when it falls, it falls in all these layers,” she said, adding that cutting in sections produced a more even cut.

“At one point I had, like, a stack perm,” Springer said with a laugh. “It was huge, and I would never do that again.”

These days, Riffle said, young people are more interested in coloring than styling, with hair coloring being a popular procedure. Even dyeing hair bright pink, purple or other colors is often done at a hair salon, she said.

One thing that happened in the ’70s was the first appearance of male clients in barbershops, Riffle said. Several men styled their hair with a curly perm.

“I remember when men started coming to the salon. It was so funny because they wouldn’t come in when there were women in the store,” she said. “They either wanted to come very early in the morning or late at night, so there weren’t many people in the living room.

“They don’t care anymore these days. Things have since changed.”

5 protective styles for natural hair you can do at home