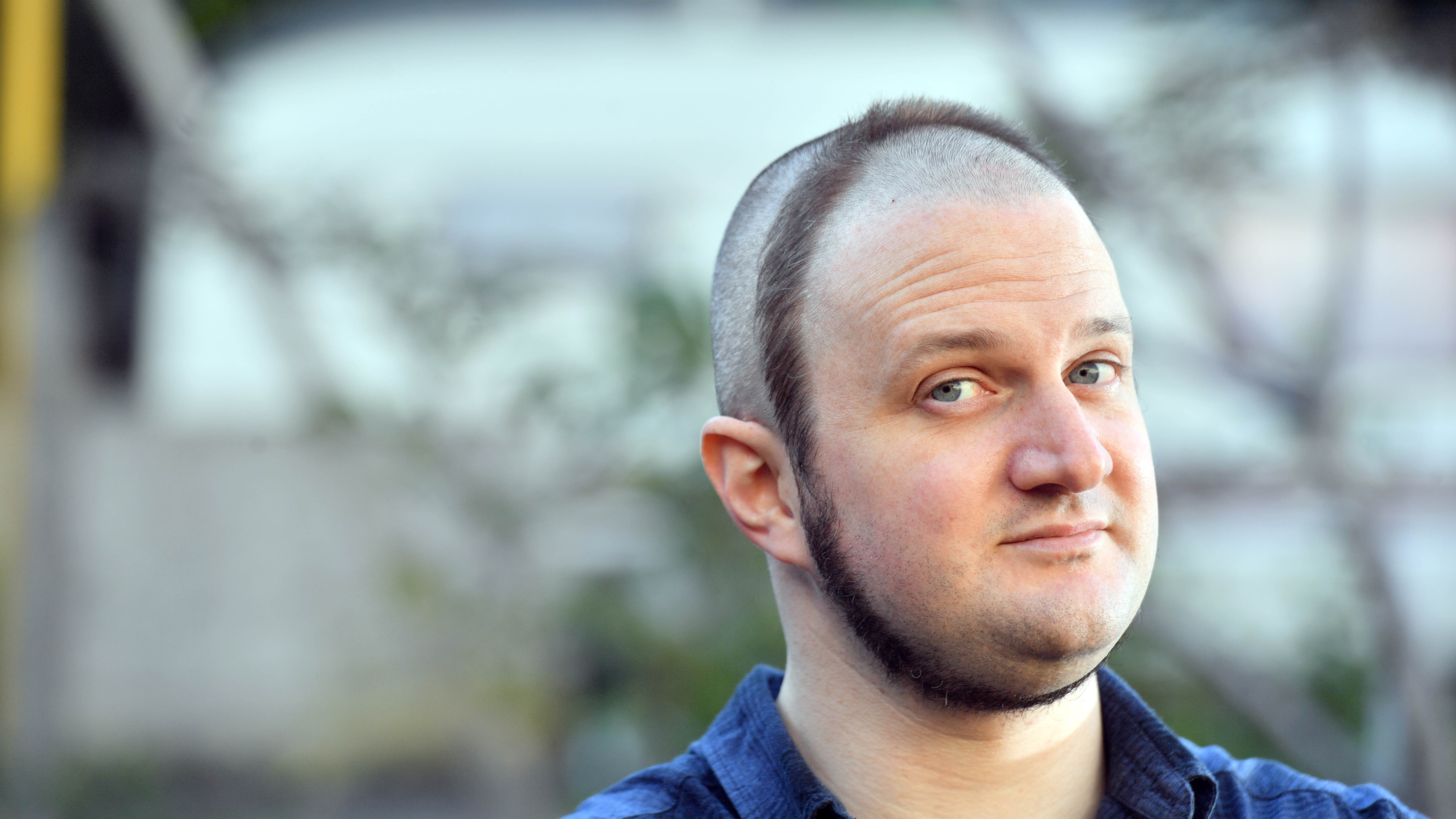 A head-turning man with a bizarre hairstyle who saw him dubbed “Ring Head” has revealed the sincere reason behind his new look.

Having grown long hair and a large bushy beard during the lockdown, Stu Turner, of Cardiff, decided to take the plunge and head to barbers for the spectacular circular cut.

â€œIt’s definitely an adjustment,â€ he said.

â€œIt’s definitely a little colder than I’m used to – I can feel a draft much easier than before.

â€œAt the start of the first lockdown I said I wasn’t going to cut my hair and beard until I went back to work at the office, but what I expected to be three months turned out to be 18 months – so I had a lot of hair to lose.

“Having had a beard on my face for most of my life, I can tell you that nothing really prepares you for the feeling of your own breath on your chin.”

Stu’s bizarre haircut is for a very good cause, with the 36-year-old official sporting the unique look to support The Little Princess Trust, a charity that provides free real wigs to children and youth who have lost their own. hair due to treatment for cancer or other conditions.

Not only did he donate his hair to the charity, but Stu also raised over Â£ 1,000 for the trust and Cancer Research UK with his new haircut.

After getting his hair cut at a salon in Roath last week – a cut that lasted over an hour – Stu planned to keep his circular barrette exposed until October 14 before shaving it off.

But now he is ready to keep it longer due to popular demand.

â€œI went out into town the other day and my hair fell out really well,â€ he admitted.

â€œI started to have a lot of respect from people, which was not really expected.

â€œThe strangest thing was that some people didn’t think it was a charity deal or a bet that I lost, a lot of people thought I had some kind of trendy new haircut from the generation Z!

â€œWhen I walk around I’m always quite grateful for my face mask because I’m not quite ready to submit to the comments I would get from certain people. But when you do something like that, you’ve got to accept that people are staring, it’s part of making a fool of yourself for a good cause.

“I think the people who are most annoyed by the positive reception I have received are my friends – they are the ones who tried – and who managed to make me look like an idiot.”

A key part of Stu’s fundraiser was for those who donated to suggest the hair and beard style they wanted him to adopt in addition to their donation – the style with the most money being crowned winner.His friends and family made many suggestions for left field including: a ‘Friar Tuck’, a Mohawk and handlebar mustache, a buzztop, a pineapple and a ‘hair island’ made famous by football manager Steve McClaren.However, in the end there could only be one winner and the ‘circle hair’ style took the win with Â£ 316.25 pledged on its behalf – over Â£ 200 more than its closest competitor.â€œI thought it was better to let people decide,â€ Stu said. “In this case my brother picked this haircut and when everyone saw their idea they all jumped on the water because it’s the worst thing you can imagine.“He became the absolute leader very, very quickly and nothing I could say or do was going to change him – I wouldn’t have disturbed something a little less embarrassing, like pineapple.”

Stu has experience with embarrassing haircuts, having once again swapped his normal hairstyle for a Bobby Charlton style combo to raise money for The Little Princess Trust in 2018.The amount raised from that attempt exceeded his expectations, and even that was far exceeded by his latest effort, which saw him close to Â£ 1,200.â€œI am amazed at how much I have already lifted,â€ he said. â€œI never had a goal, it was always about seeing how much I could get – but if it were to go even higher that would be fantastic.â€ The Little Princess Trust and cancer research are two causes fantastic – have raised money for them many times before and they do an amazing job.“I’m really a bit of a hair farmer, it makes sense to grow it as long as possible and then give it away!”