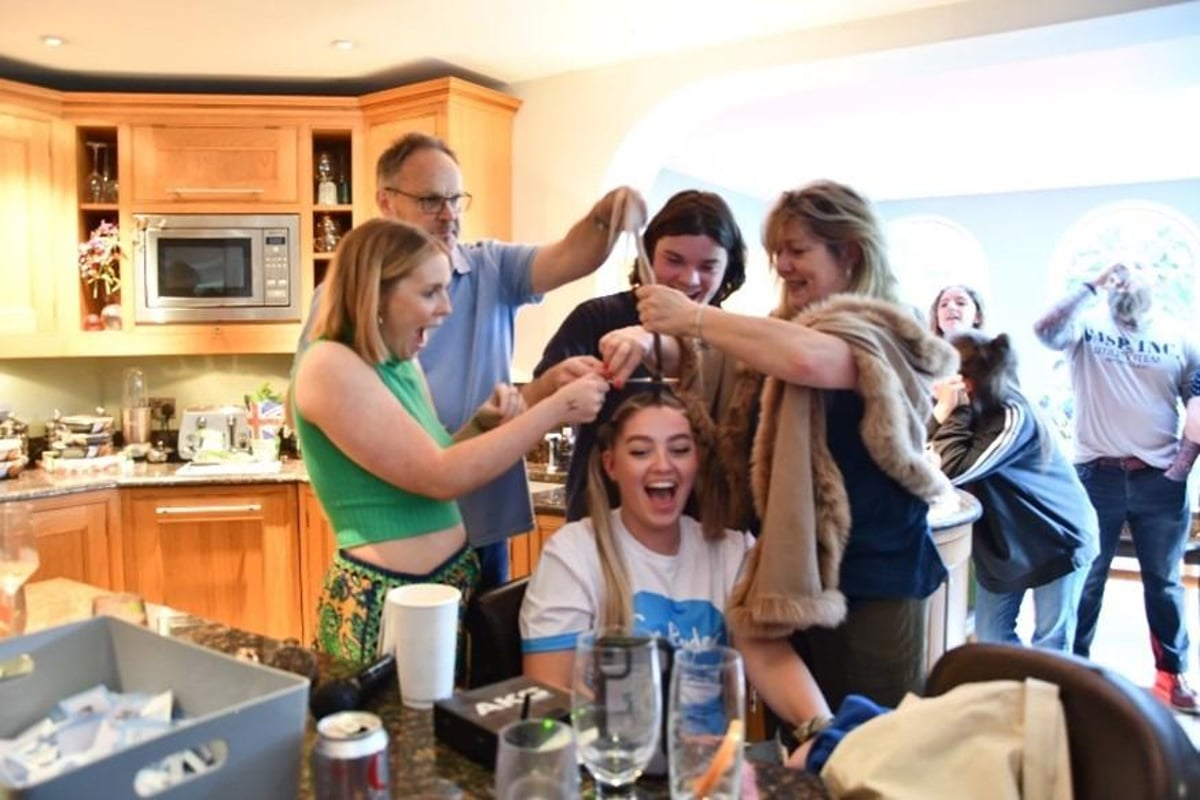 The four volunteers treated loved ones at the hospice – and raised thousands for a good cause.

John McKie, (68) of Market Deeping, has shaved his head and beard after telling the owner of his favorite pub, The Bull, that he wanted to do something for Sue Ryder. The owner replied, “Why don’t you shave your hair?” I give you £200!

Register to our daily newsletter

Adrian after his shave

So on June 19, after having had his hair long for 54 years, John was back at The Bull filled with friends and locals, and had his head shaved by local barber, Lee Markey.

John said: “I was nervous, but once the shaving started I settled in and off we went!”

Andrew Louth, (54) from Whittlesey, had his head shaved on April 21, a day before the funeral of his longtime partner Sandra.

Andrew after his shave

The last time Andrew had his hair cut was before the first confinement, in order to protect Sandra. Sandra was a volunteer in the shop at Thorpe Hall Hospice, but had to stop due to the progression of her illness.

She received care from the Hospice at Home team, allowing her to live out her final days in the comfort of her own home.

Shaving Andrew’s head raised £1,555 for the hospice, which included £500 funding from his employer Forterra.

Andrew donated his hair to the Little Princess Trust. When asked what he thought of his new hairstyle, he said, “I’m not sure I’ll do it again, but I’m glad I got to do something positive with my hair, while collecting fund for charity. I think Sandra would be

John gets his head shaved

luckily I got it sorted! She told me about it several times!

Adrian Wright, (61) from Barnack, shaved off his long hair in memory of his stepfather Ralph. He hadn’t had his hair cut since the start of the pandemic, but decided it was time to shave off his “lucky hair” to raise money for Sue Ryder.

Adrian said: “It’s always weird, but people say it took me years. My family didn’t like me very much with long hair.

Adrian raised an incredible £1,093, which included matching funding of £500 from his employer, Vodafone.

Henley student Phoebe Miller chose to celebrate her 21st birthday a little differently this year, by shaving her head in memory of her Aunt Lisa who was cared for by Sue Ryder Thorpe Hall Hospice.

Phoebe’s friends and family offered to cut sections of her hair and she had their support at home on June 25 as her head was shaved. Asked about her new haircut, Phoebe said: “I love my new look – it’s very easy and I keep pranking my friends telling them I’m going to be late because I I’m not going to wear a wig because I want people who are losing their hair to feel good and know it’s not something they’re ashamed of. I’m going to keep it short for a while and embrace it fully.